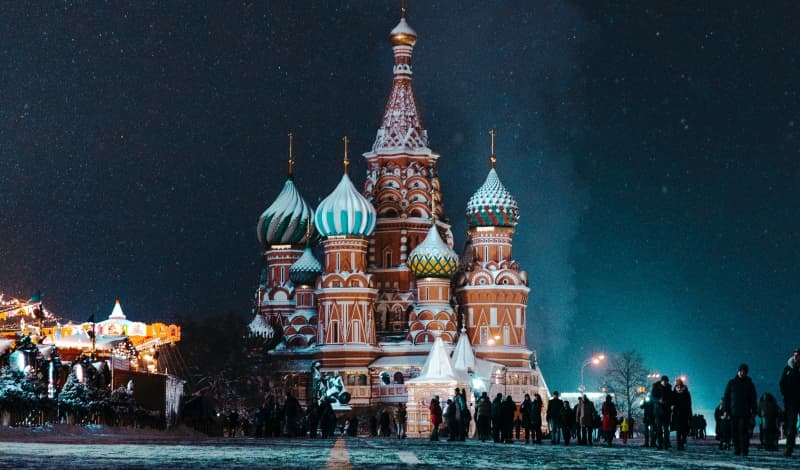 When I was 22 years old, I quit my first job out of college and moved to Russia for my college boyfriend. That decision was a turning point in my life. I often think time in terms of pre-Russia and post-Russia. And I often wonder, “Was moving abroad with my partner a mistake? If I could go back today, would I do it again?”

First of all, it was a pretty ballsy move at 22. I had never been to Russia, didn’t speak Russian, and didn’t know anyone there besides my partner. But, I had studied abroad in Japan with the same lack of experience, and I loved it. “So why should Russia be any different?” I thought. “I’m not moving there for him, I’m moving there with him, and it will be a land of opportunity!”

It turns out, there is a world of difference. Moving cities or countries as an adult to live with your partner is a big deal. Having made the leap myself, many people have asked me whether I think they should take the chance and move for/with their partner as well…

I tell them that there are usually more reasons not to move than there are to move.

And that statistically, most couples break up. So, (and no one wants to listen to this, by the way), statistically speaking, you will probably break up with your partner. Okay, some of you won’t! Please don’t message me telling me how strong your relationship is and how I’m so cynical. Maybe you’ve been married and abroad for 20 years, with three kids and a dog! I just need to state that statistically speaking to all you couples out there, you could eventually break up.

And the break-ups that I have seen amongst couples living the abroad life are usually uglier, messier, and more explosive than they would have been under regular circumstances.

If you’re thinking that moving abroad with your partner is a good opportunity to change up your life, you might want to consider these scenarios.

Reasons not to move abroad with your partner

You might need to rely on your partner for everything. That level of dependency added a neediness to the relationship that my partner resented. When I first arrived in Russia, I was completely helpless. Not speaking the language, I needed my partner to translate everything for me and help me with every minor task. I couldn’t buy so much as a subway ticket without him in the early days. He was patient for awhile, but a month or two in he grew weary of translating whole conversations. I sat in silence for long periods, listening to the foreign consonants of his conversations with his friends. Luckily, I’m a fast language learner.

I wasn’t a stranger to learning languages. I spoke fluent Japanese and Spanish from my other abroad experiences and I went into Russia a little cocky. However, Russian is the hardest language I ever tried to learn. There are foreigners who have lived in Russia for 10+ years and don’t speak a lick of Russian. They get by with a handful of phrases, have found English-teaching jobs, made friends with English-speaking Russians, their wives (or husbands) speak English, and their kids are bilingual. At first, I judged these people immensely. “How can you live somewhere so long and not speak the language?” However, I think Russian is a language so hard that it makes some people throw their hands up in the air. I wanted to give up many times and I hated learning the language every step of the way. Even now that I speak it, I don’t love the language or think back on my Russian lessons fondly. Simply put, I never had any interest in learning it. Now I see that this is an obvious reason I should never have moved to Russia.

Not speaking the language can make it hard to find your niche in a new community, and couples abroad are often joined at the hip, creating a kind of dependency that is unique to couples who live abroad together. The first few months when I didn’t know anyone, my partner introduced me to his friends. In the U.S., we had unique social circles that didn’t overlap. I hung out with my girl friends and he hung out with his guy friends. It is very rare when living abroad for partners to not know the same people. Whether hanging in the expat circle (which always feels small no matter where you are) or spending time with other couples, it’s a precarious road. When we finally broke up, our friends all chose a side. His or mine. Not that we asked them to. But all of the girlfriends of all of his guy friends stopped contacting me. Well, they were his friends first. Luckily, we broke up after two years of living in Russia, not early on, so I had some friends of my own by then.

You’re taking a gamble with your career. The hardest thing to do when relocating is to find gainful employment in your area of expertise. It’s extremely difficult to find a position from “home.” Far more often, you need to have invested in already moving to the country in order to have success job-hunting. Most of the time, my friends have taken a gamble on the move before finding a position. And finding a job can be hard, depending on your country of destination. I went to Russia on an English teaching visa. This was a job that paid the bills at first, but it wasn’t the career I had trained for. While I was in Russia, I took on some really strange jobs and it took a while before I found a career opportunity in the area I had trained for.

Whether work-related or not, anytime I was faced with a challenge, I started to wonder why I was even in Russia in the first place. Struggling to find a job? Why the hell did I even try to find a job in a country where I don’t have any connections and don’t speak the language. Car broke down? Why the hell am I even driving in Russia. Now I have to pay off the crooked traffic cops. Had a creepy interaction with Russian superior at work? Of course, Russian men are pigs, I would never have chosen blah blah blah… Every little thing that went wrong in life, I started to unfairly generalize about what was wrong with the country of Russia and Russian people. The truth is, I was resentful of every issue that arose because I felt that I didn’t choose to face these difficulties, they were just happening to me. But, actually, I signed up by moving to Russia with my partner. The choice was all mine.

So, if you’re thinking about moving cities or countries for your partner, you have a life-changing decision to make.

Unfortunately, most couples take this plunge when their relationship is at its best. When they’re wide-eyed, gooey-hearted puddles of love. When breaking up is the farthest thing from their minds and so, for some reason, they can’t imagine the possibility of a future breakup or what that fallout might look like.

When trying to decide whether or not to move abroad for my partner, I wish I had tried asking yourself these questions first.

Would you ever have chosen of your own accord to move to this country?

Would it be on the top of your list of places to plan a holiday?

If you don’t speak the local language, how interested would you be in learning it fluently?

Do you plan on working there? If so, will you have the right permission to work there?

Would you be okay working in another career while looking for your dream job or taking a long time to find the right position?

Do you have friends or contacts in this country already?

Or do you like meeting new people? Are you up for the challenge of leaving behind your friends and family and making a whole new community for yourself?

Would you still want to live in that country if you and your partner broke up?

Do you trust your partner whole-heartedly?

Is this a move you’re making to “save” the relationship?

If, 5 years from now, you’re not with that partner, would you be happy that you took this opportunity to change up your life? Alternatively, if you weren’t with this partner in 5 years, would you consider this choice a deviation from your ultimate path? As having taken you farther from your goals?

These questions aren’t a kind of quiz you can tally up the points on and come to a yes or no decision. But, if you’re considering making “The Move,” hopefully it will guide your decision-making and an answer will become clearer to you by the end.

In fact, I wish that I had asked myself these exact questions. Maybe I can finally put the question, “Was moving abroad with my partner a mistake?” to rest. If I had answered the survey at 22, I imagine my answers would have looked something like this.

Conclusion: If I had taken this survey at 22, I hope I would have realized that I did want to move abroad, but not to Russia. I should have invested in myself rather than invested in my relationship. I should have chosen a better-suited destination that fulfilled my hopes and dreams. In Moscow, I met foreigners whose dream was to live in Russia. Who were in love with the language and literature. Who drank up the opportunity. They reminded me of myself in Japan. Which tells me that I should have moved to East Asia with or without my boyfriend at that time rather than let him sell me his dreams and try to pass them off as my own.

Please take all advice with a grain of salt. While I wouldn’t recommend moving for your partner, I would recommend moving for yourself with your partner. If you’ve considered all the angles and decide to go through with it, it will change the course of your life. It could turn out to be the best decision you ever made. Every couple experiences bumps in the road. The ‘together abroad’ road could be bumpier, or it could be smooth sailing. I’m just asking you to take out a map and plot out a course.

This post was previously published on Hello, Love and is republished here with permission from the author.
—

If you believe in the work we are doing here at The Good Men Project and want to join our calls on a regular basis, please join us as a Premium Member, today.

All Premium Members get to view The Good Men Project with NO ADS.

Need more info? A complete list of benefits is here.

Talk to you soon.

The post Why You Shouldn’t Move (Abroad) for Your Partner appeared first on The Good Men Project.

The Wyrd Ones: A Conversation Between Robert Macfarlane and Johnny Flynn
Aug 04, 2021