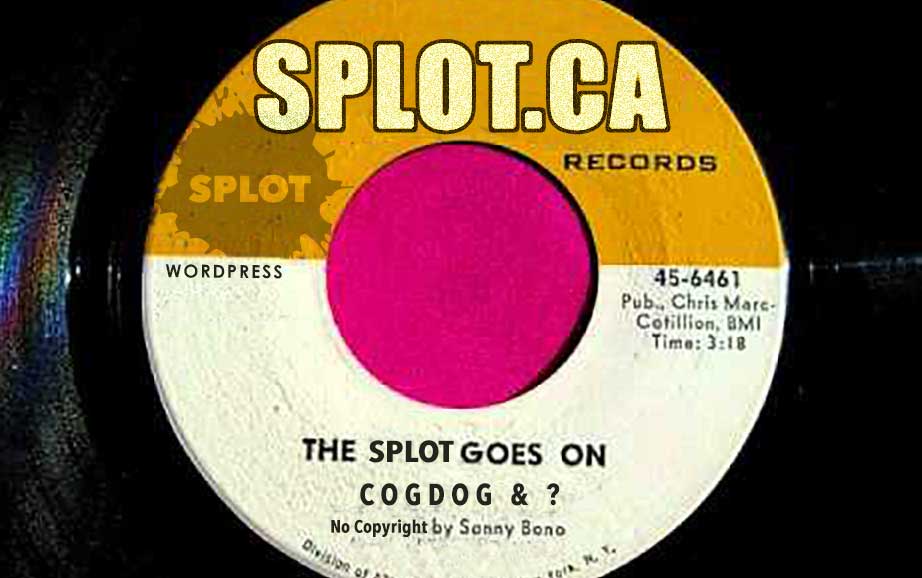 I can hear a dated 1960s beat from the back of my brain… something to rev up the blog again.

Yes, as if there’s anything else to blog about, but here, some 5+ years after they emerged, I’m still dabbling, poking in the SPLOT zone (the site needs some updates, and I’m thinking of tossing in there my WordPress calling card themes, as they get lots of use as other things).

More often than not, the ideas for new, changed, features in SPLOTs come from people using the themes. That happened in several of the examples listed below.

I put out an offer for requests during #pressedconf20… but got no calls. Even with a new SPLOT that is not even based in WordPress.

In the last few weeks, SPLOTs have gotten some good use, especially how TRU-Collector was used during, the OER20 conference (for which the theme got some new features rolled in), I’ve found a few folks pickup and run with the SPLOTbox, and a few new instances of folks (including) me, putting SPLOTs to use for assembling collections of COVID-19 stories.

From time to time my internal beat suggests the SPLOT time is done, c’mon Levine move on to something new, just shelve ’em, but then the rhythm section kicks in a crashing NO.

When one of the organizers of the OER20 conference (which turned the corner from in person to online event in snap of time) asked about new SPLOT features, I could not refuse, especially as it was Daniel Villar-Onrubia, who as put many a SPLOT to creative use.

He sought to make the TRU Collector theme into a place where conference participants could introduce themselves, and by the end, 168 had done so (a good percentage as over 1000 had registered).

The idea Daniel had was play on that subdomain of “socialbingo” where participants could add comments on posted introductions. That called for rolling in a feature I had just baked into the TRU Writer SPLOT, an option so people submitting an introduction could opt in to include their email address (not publicly displayed) and indicate if they wanted email notice of comments.

Of course this is built into “regular” WordPress but takes some under the hood machinations as no one logs in or gets associated with an entry.

Another part was adding a theme option so the editing field in the form could provide starter content, in this case to structure the information sought for in an introduction.

The response was quite fast (especially with a small bug that we found and fixed on first day). In watching the site, I was bothered by something I’ve seen before- that it can take sometimes a long bit of time before a page load of images to appear- it sits grey and blank a while. I did some digging into the parent Fukasawa theme and found it was done deliberately in some theme javascript.

There’s a combination in js/global.js of the theme’s setup of it’s masonry layout, plus a delay to set off a fade in opacity. There is a place to put some extra code when the setup of the masonry is done:

I did some jigging to have a TRU Collector site display a “loading” animation until it’s ready to show, providing some better visual feedback (it even uses the Customer set “name” for the type of things show, for this site, it’s ‘intros’).

To do this, I had to have the main template for the home page and archives index.php start with showing the animated GIF.

Then in the part of the child theme that enqueues it’s scripts and styles, we do this dance to de-activate global.js in the parent theme and use the one instead that’s in the child.

That’s probably way more detail than you might want to know for just having an animation appear, and disappear.

It’s also worth mentioning one of the sites I am most proud of for putting SPLOTs in play is the main #femedtech web site (running TRU Writer) http://femedtech.net/ and the quilt project that was so wonderfully made for and storied (TRU Collector) led so caringly by Frances Bell. You can see there how Anne-Marie Scott changed up things with an alternate front page and even more clever, putting H5P into good use too.

Again a nod here goes to Daniel Villar Onrubia, he told me of a TRU Collector themed site created for the UNIMED project’s idea to collect stories “to bridge the gap between education as usual and our new goal of flattening the curve”:

I found this idea a refreshing option in the flood of so many lists and lists of lists of “pivot” guides. Plus it features approaches from institutions in parts of the world other than North America and Europe.

This webspace aims at collecting experiences, stories, ideas, emerging needs, quick fixes, or long term plans put in place by the UNIMED members and the larger community in response to the change brought by the COVID-19 emergency, in terms of online teaching and virtual approaches to international mobility and cooperation.

I was looking for something similar in new work I have just started with Open Education Global aiming to better connect members. And why not start with something that is on everybody’s minds? I have a thing for collecting stories and decided to launch a small trial site of “Extraordinary Stories of Educator Responses” testing it from the splot site http://splot.ca/extraordinary

I came up the idea of having one site to collect all kinds of stories, but building landing pages and categories for specific subcollections, the first for the Community College Consortium for OER (CCCOER) as an activity for an early April online meeting.

After learning of the related activity for OER4covid: the OER support group for educators during covid19, I thought a collection for them appropriate, so see this entry point https://splot.ca/extraordinary/oer4covid-stories/ and have a general stories entry for any others.

Each landing or collection page has a custom greeting and call for contributions, plus using the Display Posts plugin, a list of five random shared stores, and a button link to see the category view for that collection.

None of this is SPLOT specific, just using built in WordPress capabilities for alternative front pages, and ties to the categories set up for the site. It’s easy to add more, if anyone wants a set in the mix.

I am also working with the part of OE Global focused on open education in Latin America parts of the world (OE LATAM), to add a new section for their stories. This got me thinking of the language issues of a global focused site, and how I loathe making it an english language focus.

As a short term approach, I am using a Google Translate plugin to at least provide a user selected option in the sidebar for languages and have it set to default to use the language set as a user preference in the browser. This means, if your prefered language is Spanish, the site should automatically do a translation to Spanish.

And yes, I admit there are large problems counting on Google’s translations, but maybe it gets us a bit more down the line? I don’t know, I am just trying here. If there are more languages I should enable, please tell me!

As an aside, I am hard at working looking to make the SPLOT themes work with the internationalization features of WordPress; this will ultimately require some help in doing the English to ______ translation files. It’s insanely complex to encode all output the theme does with the proper functions to manage internalization.

One thing I am finding worth having for any SPLOT (or for that matter any WordPress site) is something that adds the OpenGraph tags needed to generate better entries when link to your site are shared in twitter and that BookFace site. While you get some of that in the JetPack plugin, I am liking the advanced features in the Open Graph and Twitter Cards Tags plugin (like a default image if a post lacks a featured image).

And I’m excited to see a few others putting SPLOTs to use for the same idea.

Morris Pelzel is behind the Grinnell site, and he had a question filed as an issue (the best way to go) about TRU Writer and how [at the time] it required a featured image. This had come up before when someone questioned some place I had claimed TRU Writer favored the written form.

So a new feature is in place, thanks to Mo’s question, so a site owner can make the images (and/or the attribution) fields not used at all, optional, or required:

And just in the semi-regular rounds of searching for the phrases I use in the SPLOT footers, I located the Quarantine Library using the SPLOTbox theme asking for recordings of ” yourself reading something — your own original work or that of another writer—from any genre and any time period that relates to the theme of quarantine. Original musical compositions are also welcome!”

This is pretty fantastic, and it pretty much convinces me that…

Featured Image: A heavily re-edited parody of an ATCO 45rpm record , the featured image on a YouTube video of Sonny and Cher’s “And The Beat Goes On.” Likely not fully legal, oh well, it’s pandemic times. And I bet as a kid I bought this 45. Maybe.

The Wyrd Ones: A Conversation Between Robert Macfarlane and Johnny Flynn
Aug 04, 2021